A property restoration project on a small scale can be enough to make some people say “never again”, so imagine the scale of taking on a grade 1 listed, Elizabethan property which has remained empty and left to decay for twenty five years.

As I drove down the double avenue of lime trees, I knew something spectacular awaited. I brought the car to a halt and a large timber framed property stood proud. 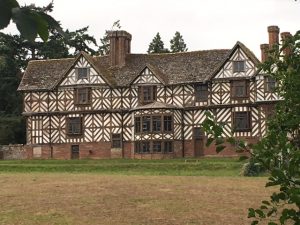 The first point of interest highlighted by our fantastic tour guide Gordon, was the Pitch Well. Covered in leaves, it would have been easy not to identify that this was in-fact a Well, deep with naturally occurring pitch. A slow flowing substance similar to tar or bitumen, the smell was the same as newly laid tarmac. Across from the well was the remains of a ford, and so the property was not named by a creative type but a factual merge of two features of the land “pitch” and “ford”, and so it was known as Pitchford Hall. 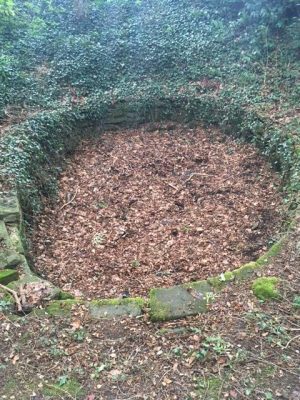 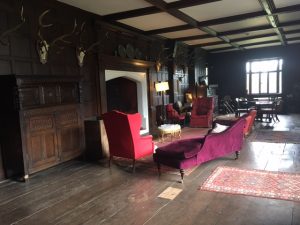 James Nason and wife Rowena Colthurst bought the property in 2016, after Rowena’s parents sold the house in 1992. The contents of the house were auctioned in a bid to raise funds and the property remained empty until 2016. Since James and Rowena bought the property, some of the paintings and furniture have been returned and I urge anyone who has any items from that Christies’s auction held in 1992 to contact Pitchford Hall. 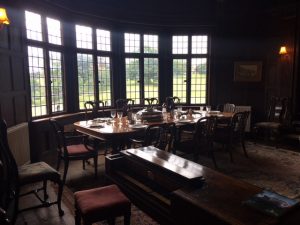 Recently, two original paintings were located and arranged to be delivered back to the house via a courier. When the paintings did not arrive, the courier was contacted to ask of their where about, the delivery firm were adamant that they had been deposited and that they were “left around the back”. After a search of the hall, the paintings were not to be found. A moment for Sherlock Holmes to sit and think about this one. There was another hall, Pitchford Village Hall! And yes, the paintings were found at the rear of that community building. Thankfully they are now safely on the wall of Pitchford Hall as seen below. 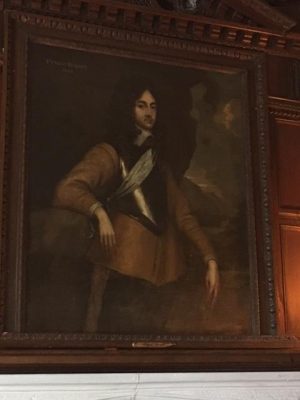 The house is steeped in history and it is not surprising that the property was one of only three properties earmarked as a safe house for the royal family during the war. Pitchford Hall is on the Historic England’s at-risk register but as extensive restoration works continue, the family are hopeful that the building will be taken off that list. Twenty-five years of standing empty, the bats and birds took up residence in many of the 42 rooms, whilst ivy took hold and spread covering many windows. As we know with these older properties, it is important the property restoration is carried out using the correct materials such as lime plaster which can be more costly but are best suited to the fabric of the property. 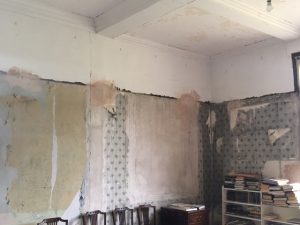 In the attic, there was an opportunity to see part of the original crown post roof which is some 900 years old. 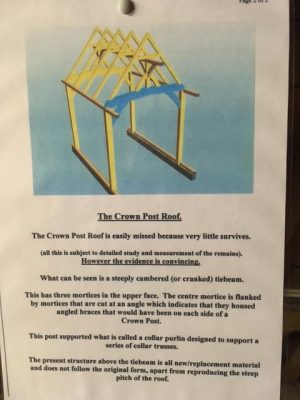 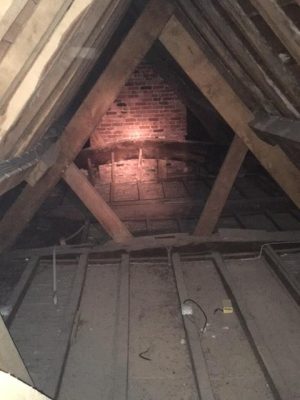 Part of the property has been restored as seen in the photograph below, and there will hopefully be future support in the form of grants to continue the restoration work. 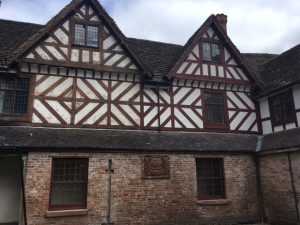 In the stables, stood the original bellows used for making horse shoes. 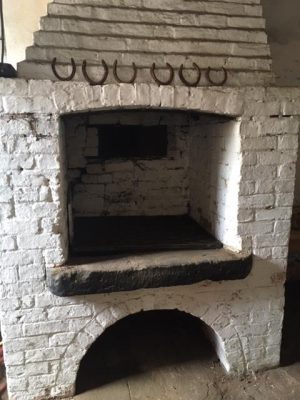 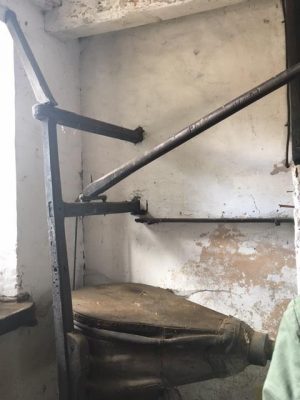 In the grounds, stands what is believed to be the oldest tree house in the world. It was very ornate inside with decorative coving and a ceiling rose. 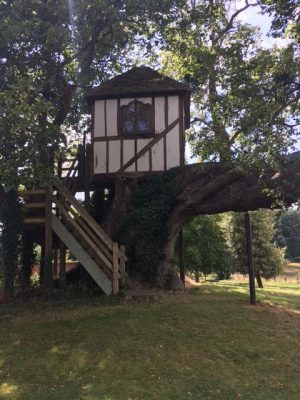 Behind the tree house, stood a dilapidated orangery.  It is important to note that the Country House Foundation has part supported the orangery restoration. This was the home of Sir Charles Grant’s wife, Lady Sybil Grant. A lady of great character, she did not like the noise, ghosts or the smell of cigars and therefore moved to live in the orangery. When she wanted to see her husband, she would ask the footman to fetch him or leave a note to meet for tea on the lawn. A perfect arrangement, some might say. 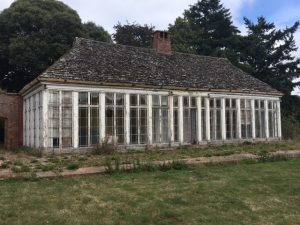 As I returned to the main house, the three Nason children were playing on the lawn with their pet hedgehog, Twiglet. I’m sure in years to come, the children will look back with fond memories of their childhood playing in the grounds of Pitchford Hall. 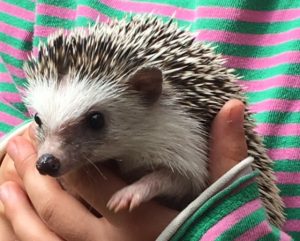 I can certainly recommend attending a property restoration tour at Pitchford Hall, particularly if you are interested in timber frame, renovation and listed buildings. A jewel in the crown of great English Estate properties and I look forward to hopefully returning in a few years to see further completion of the property restoration works.